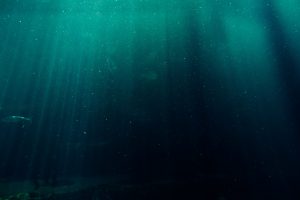 One of the first concepts I learned about in social psych, way back in my college days, was something called the fundamental attribution error. It’s the finding that we tend to over-emphasize dispositional or personality-based explanations for others’ behavior and under-emphasize situational explanations. For example – I think your failure to use a turn signal is because you’re a thoughtless jerk, rather than being due to a broken blinker or your being momentarily distracted. We regularly discount the power of the environment to influence behavior. External pressures in one situation may elicit behavior that other situations may not. It’s one reason why we can seem to have multiple personalities.

We’ve used the metaphor of a fish bowl for understanding the impact of culture and the way it subtly shapes our behavior. Ask the fish, “How’s the water?” and you’re likely to get a “What water?” response. Culture permeates our environment to the extent that we may not even be aware of it. It creates a powerful situation that invisibly compels and constrains our actions; and we are often blind to the extent of its effects.

I once worked with a team of individuals with whom I had also conducted one-on-one assessments. I had a sense of who these people were personally. I formed a set of expectations based on their personality data. The group collectively behaved differently from how I expected them to behave. I had underestimated the power of the situation on their behavior – specifically, I had underestimated the impact of culture. This was one of the clearest examples I’ve personally witnessed of the impact of culture…and of the risks in allowing it to develop untended.

The culture of this particularly organization was strongly shaped by three factors: 1) it was a highly competitive sales-driven group, 2) most of the people in the organization had spent most of their career in this organization, and 3) they shared many of the same “derailing” tendencies.

Probably most of us understand what a sales culture looks and feels like. There are certain personality attributes that make people successful in these roles – extraversion, assertiveness, and competitiveness. And this group was no different in that regard. What made them unique, however, was that there was so much shared between them in terms of “derailing behaviors.” In this case, “Bold” and “Colorful” derailers that reveal themselves as arrogance, entitlement, over-inflated sense of competence, as well as distractible, distracting, and attention-seeking behavior.

One of the reasons we look at shared derailers is because when they are shared by a high proportion of a team, they unwittingly shape the team’s culture and contribute to unhealthy group norms. A good rule of thumb is to consider a key derailer one that is shared by 50% or more of the group. In this case, 75% of the team had one derailer and a whopping 94% had the other – further, 70% of the group had both derailers. This was quite remarkable.

Behaviorally, this pattern manifested as what could best be described as uncivil behavior. They talked constantly when other people were talking. They exchanged “witty” barbs that excoriated one another publicly. They purposefully put one another in situations where they would look foolish. Not surprisingly, when it came time to have robust discussions, you could hear crickets chirping. Because an unintended side effect of this behavior was reduced psychological safety. People did not feel secure voicing their ideas because there was real risk in making themselves vulnerable in this environment. As we know now, this is toxic to team effectiveness.

This trend was compounded by the fact that most of the team had “grown up” in the organization and had little exposure to other cultures and leadership styles. As a result, no one seemed to recognize what was happening. No one could tell this culture was toxic because they had lived it so long and were almost to a person perpetuating it. And the handful of folks who could have recognized it, weren’t likely to pipe up about it.

While this case is an extreme example, I think it’s quite likely the case that many of us fail to appreciate how situational and culturally driven our employees’ behavior is. When we see people make decisions and take actions that cause us consternation, maybe we should be asking ourselves how the culture on our team and in our organization affords it, even encourages it? What is the nature of our fish bowl? What might I be missing that is right in front of me?

Culture is too important to let it grow untended. You can end up with a lot of weeds that choke out what you really want to flourish and take root.